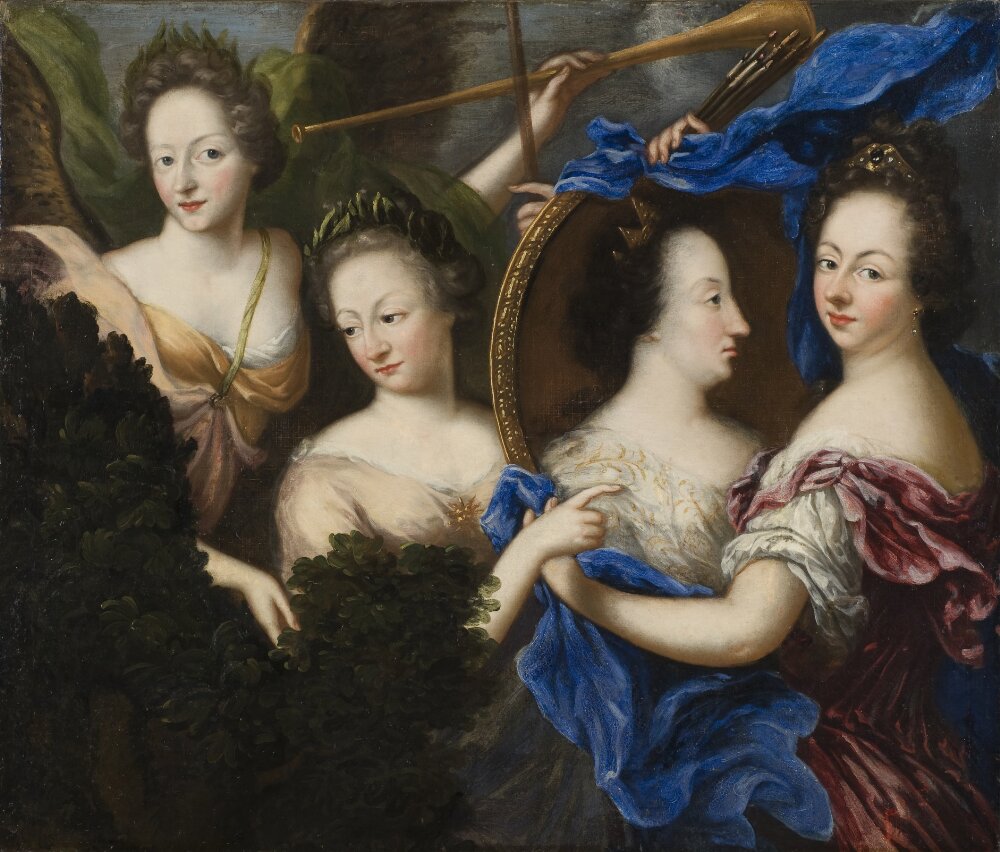 Allegory with self-portrait and profile portrait of Ulrika Eleonora the Elder, 1689, Nationalmuseum, Sweden

When thinking ‘a self-portrait’, the famous names and artworks of Dürer, Rembrandt or van Gogh are probably coming to your mind. Here’s your chance to discover five self-portraits you probably haven’t seen before. And you should – they’re created by both professional and amateur women artists from different periods in history. 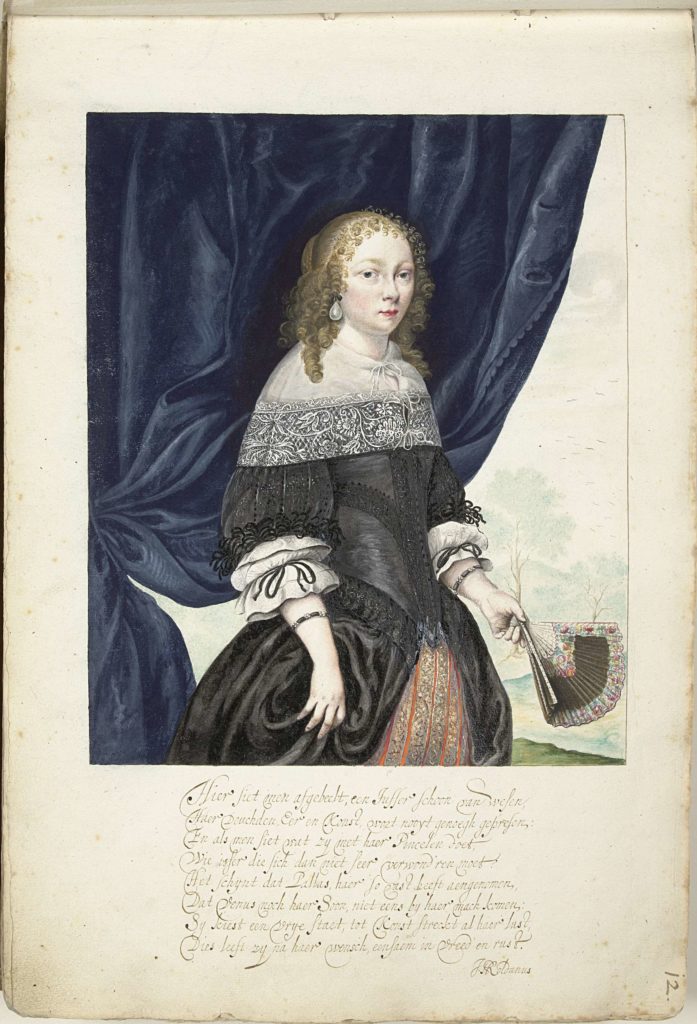 Gesina ter Borch (1633 – 1690) was a Dutch Golden Age illustrator, watercolourist and draftswoman. Her artworks consisted mainly of domestic scenes. She was born into an artistic family and developed her art skills learning from her father Gerard ter Borch the Elder, along with her brothers Harmen and Moses and her half-brother Gerard ter Borch (II). She was also Gerard’s favourite model. While very talented, Gesina’s was an amateur. That’s why, during her life, her art didn’t reach far beyond the domestic circle. Next to painting, she also wrote poetry.

On this self-portrait, she’s holding a fan, considered an exotic fashionable accessory which the Dutch East India Company started to import from China at that time.

Allegory with self-portrait and profile portrait of Ulrika Eleonora the Elder, 1689, Nationalmuseum, Sweden

Amalia “Emilie” Wilhelmina Königsmarck (20 –  1740) was a member of a German-Swedish noble family, known as an amateur painter, actor, and poet. This painting depicts four female figures. The right figure that holds brushes is probably Amalia von Königsmarck herself. She presents a profile portrait of Ulrika Eleonora of Denmark, the Queen consort of Sweden. The female figure wearing a laurel wreath, pointing to the royal portrait is Amalia’s sister Aurora. Behind her, Fama the goddess of rumour and reputation is surveying the scene. 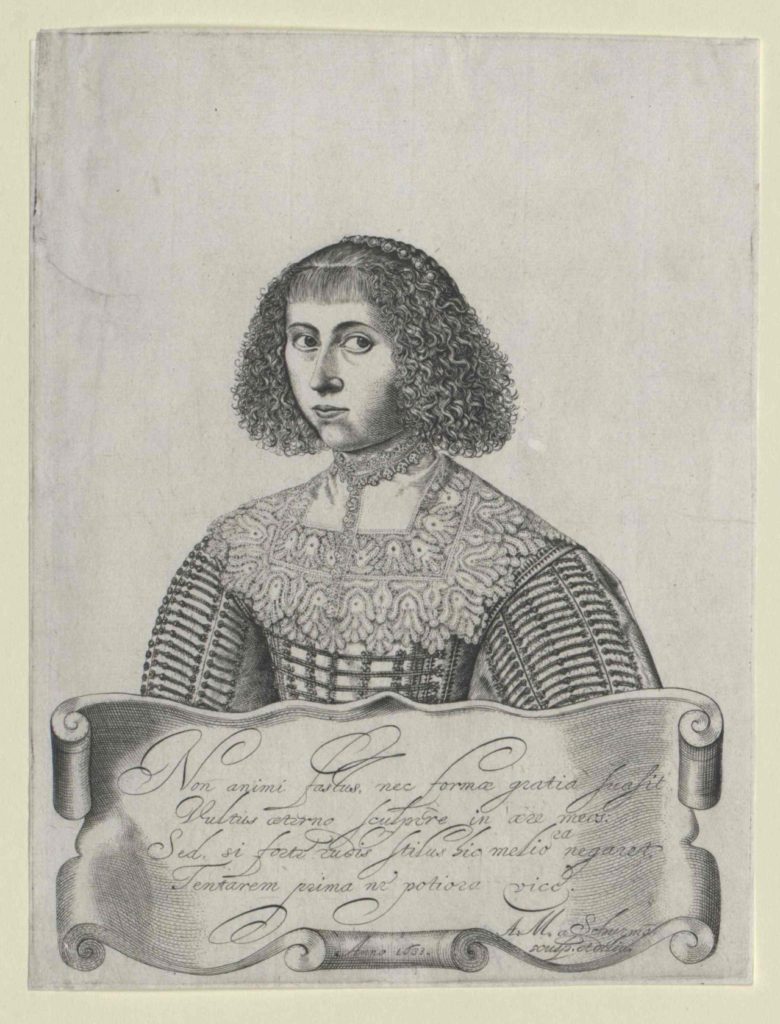 Anna Maria van Schurman (1607 – 1678) was a 17th century German-born Dutch artist known for paintings and engravings. In 1636 she studied at Utrecht University, becoming the first female university student of Europe. She is also the first known Dutch painter to use pastel in a portrait. She gained honorary admission to the St. Luke Guild of painters in 1643, signalling public recognition of her art.

In addition to her visual art, Schurman was a poet and scholar and was proficient in 14 languages. 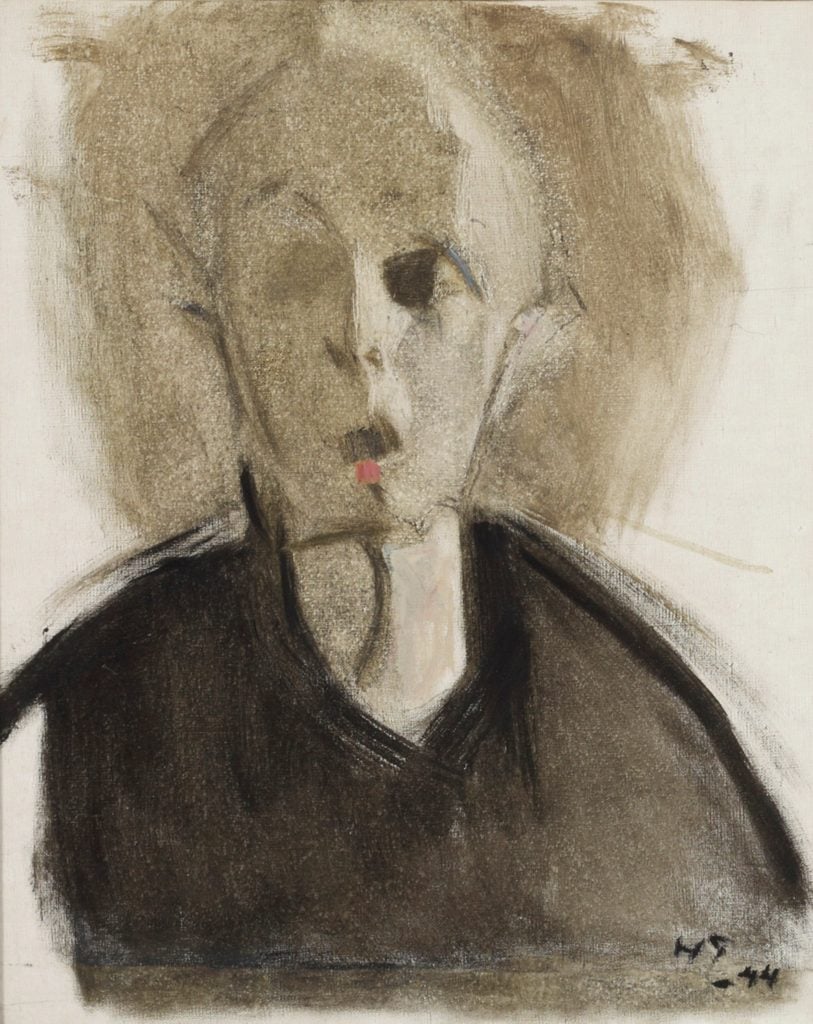 Helene Schjerfbeck (1862 – January 1946) has created over forty self-portraits throughout her life. The older she became, the more isolated she was. For lack of models, she painted herself. Her later portraits reveal her own physical deterioration with shocking honesty. “But the exhaustion of old age is something completely different—liberating, too, because you can let things go their own way, and are left with nothing but the sensitivity of the brush.” (letter to Einar Reuter, November 28, 1926) 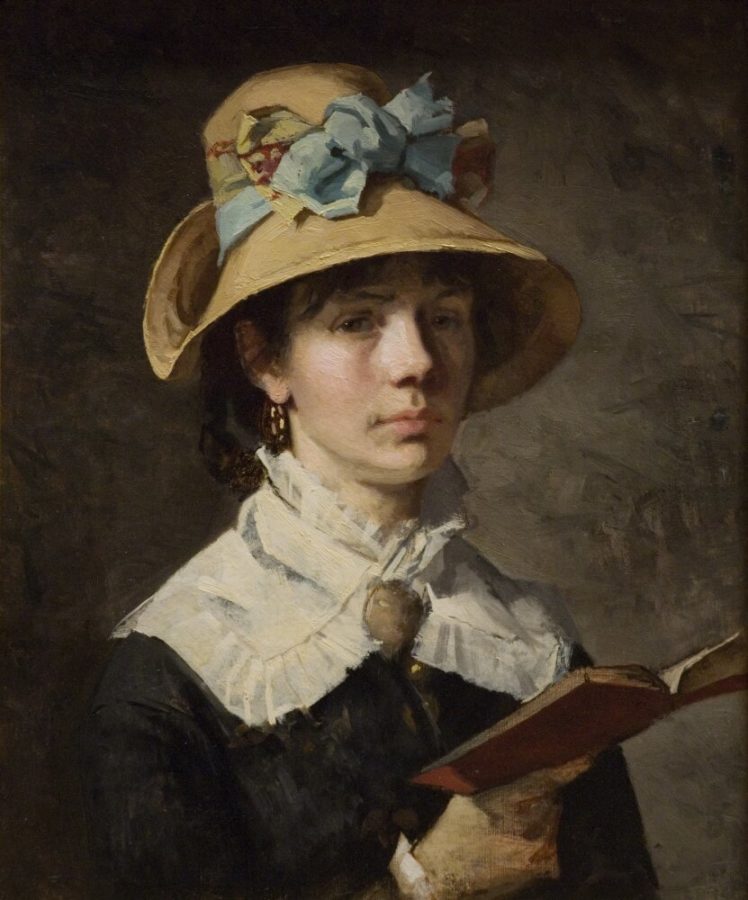 Amanda Sidwall (1844 – 1892) was one of the first 18 students in the ‘Women’s Department’ when the Royal Swedish Academy of Fine Arts formally opened its doors to women in 1864. In 1874 she went to Paris to continue her studies at the Académie Julian. Sidvall received good reviews in her lifetime and became an established artist. At the Paris Salon of 1877, two of her paintings were sold to the French state. This self-portrait in a hat with a blue silk bow was painted while she was still a student at the Stockholm Academy. 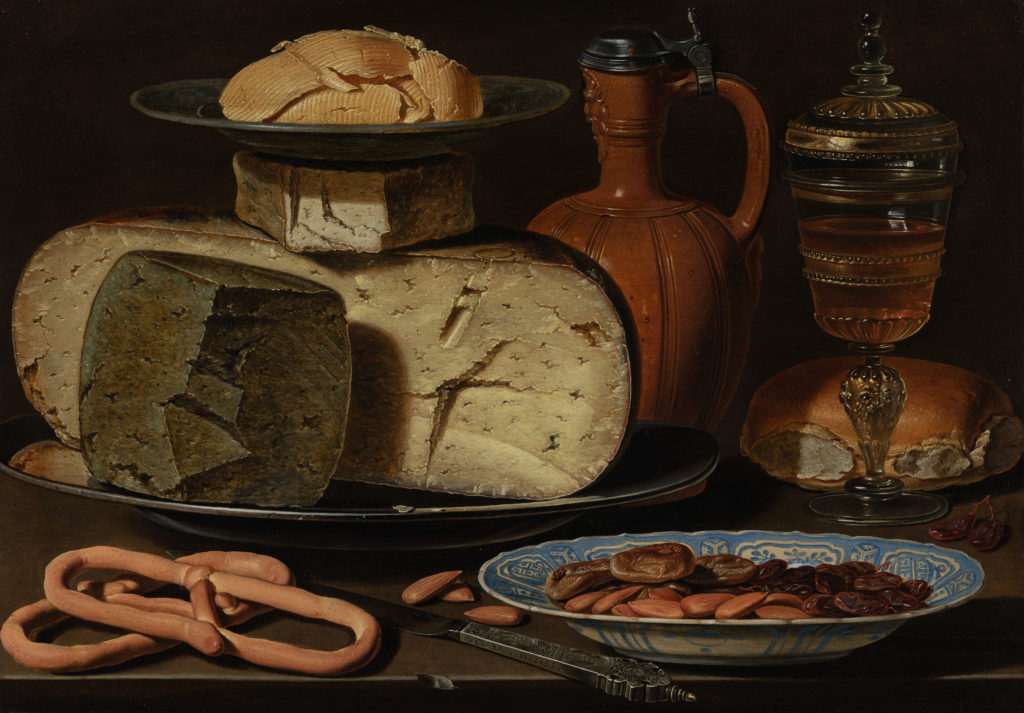 No, we haven’t made an error, putting the wrong image in the article. This still-life does contain a self-portrait of the painter. Can you find it? In the pewter lid of the earthenware jug, you can see the reflection of a woman’s face with a white cap. This is Clara.

As you may know, March is officially declared as Women’s History Month. This article is featured as a part of our celebration of the Women’s History Month, together with Europeana, Europe’s platform for cultural heritage. To learn more about remarkable European women in the arts, sciences, and society, visit the online exhibition Pioneers.

If you find any joy and inspiration in our stories, PLEASE SUPPORT
DailyArt Magazine with modest donation. We love art history and we want to keep going with writing about it.
$5 $10 $25 $50 $100 MONTHLY
Related Topics:featured, women artists